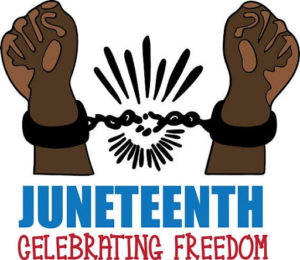 Therefore, Juneteenth is a commemoration of the end of Slavery in the United States. It was on June 19, 1865 that, Gen Gordon Granger and Union Soldiers arrived in Galveston, Texas and announced to the last 250,000 or so enslaved African Americans that the Civil War had ended and that they were now free.

There is still no clear explanation for why it took over two years after the Emancipation Proclamation for slavery to effectively end. But according to historians, the most popular beliefs are:

Although Texas was the last state to end slavery, it was the first to make Juneteenth and state holiday in 1980.

Today, it is a celebration of Freedom & Resilience but also a reminder of the work that still needs to be done toward racial equity and equality.

Learn more through the following programs: